The Department of Electrophysiology and Pacing is an active academic clinical service. We provide hands-on training in all aspects of invasive electrophysiology, including catheter ablation of SVT, AF and VT and cardiac implantable electronic device implantation. Our unit performs 100 AF ablations, and 30 VT ablations per annum. We have access to two electrophysiology laboratories, and our labs use the Ensite X, CARTO v7 and Rhythmia mapping systems
Our fellows are involved in all aspects of clinical care of arrhythmia patients from outpatient management, inpatient care, as well as procedural clinical cardiac electrophysiology.
We also have an active academic program in AF and VF research providing prospective EP Fellows opportunities for basic and clinical research. Flinders Heart Rhythm Research has active funding from NHMRC/NHF and MRFF. Postgraduate study at Flinders University (PhD) concomitant with EP fellowship can be arranged and is actively encouraged for EP Fellows in our unit. 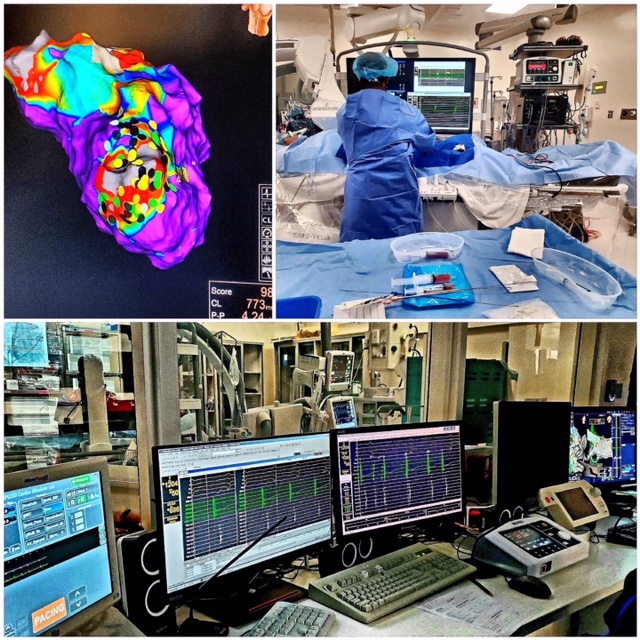 Dr Anandaroop Lahiri trained in Cardiology in India at the Christian Medical College and Hospital, Vellore, Tamil Nadu, India. He then went on to undertake electrophysiology fellowship at the Flinders Medical Centre, Bedford Park, South Australia, where he trained in electrophysiology and devices between the years 2018 and 2021. He is currently working as a cardiac electrophysiologist with the Cardiology Arrhythmia services at the Flinders Medical Centre. Dr Lahiri has special interests in complex mapping and the implantation of resynchronisation devices.

I very much enjoyed my time as the EP Fellow at Flinders and gained a huge amount of hands on experience which helped me greatly in my current role.
Dr Andrew Gavin
The knowledge I gained from EP Fellowship at Flinders Medical Centre help me to aid in the establishment of 3 new EP/programs labs at Fremantle Hospital, Fiona Stanley Hospital, and St John of God Hospital.
Dr Andrew Liu
Flinders Medical Centre provided me with a balanced academic environment with great practical opportunities for training in the fundamentals of procedural cardiac electrophysiology.
Dr Anand Ganesan
Flinders Cardiology Training